AI and the Future of Business

Last year, we developed and shared A Practical Guide to Understanding AI. In it we posed this question – is AI a fad or the future of business? – along with some easily recognized pop culture references to the fads that tend to overshadow the practical business applications of AI.

Then the pandemic hit and businesses were forced to change, or at least think about how they needed to change. As an outcome of that disruption, we’re seeing more leaders hungry for a new way forward, one that was difficult for them to see before change was thrust upon them.

The good news is that the way forward is here, and it’s rooted in examples of companies that are embracing AI and leading the way, as well as historical trends and insights that signal this is not a fad.

Running Toward the Future

Flexco, a company that manufactures conveyer belt cleaning blades that help keep industrial conveyor belt systems clean and functioning, is one company that is benefitting by embracing AI. Another is charity: water, a nonprofit with a mission to deliver clean drinking water to the developed world. They are two vastly different organizations with different business structures, services, and priorities. However, they shared a similar pain point: unplanned downtime. For Flexco’s customers, a conveyor that goes down results in millions of dollars wasted. For charity: water, a water pump that no longer works means clean water isn’t flowing to a village that needs it. The answer for both involved custom edge sensors that could monitor and predict, via AI algorithms, when a blade or pump was at risk of failure, allowing for preventative maintenance instead of costly repair. Both of these organizations have far-reaching global footprints, and now both can monitor their work in real-time via an app from anywhere in the world without having to spend time and money on travel. In short, AI is revealing cost efficiencies and new ways to advance their organizations forward.

To run toward the future with confidence, it is helpful to see how AI as a technology aligns with other major technological advancements. Consider this touchpoint about AI’s relevance and impact from the McKinsey Global Institute:

“Artificial intelligence has the potential to incrementally add 16 percent or around $13 trillion by 2030 to current global economic output– an annual average contribution to productivity growth of about 1.2 percent between now and 2030.”

“If delivered, this impact would compare well with that of other general purpose technologies through history… the introduction of steam engines during the 1800s boosted labor productivity by an estimated 0.3 percent a year; the impact from robots during the 1990s around 0.4 percent; and the spread of IT during the 2000s 0.6 percent.”

These are enticing metrics, hinting at twice the growth AI might realize over the spread of IT

adoption so far this century. Those are numbers and trends that growth-minded leaders get excited about. But these are only projections – or optimistic forecasts of sunshine and nothing but sunshine.

So, we asked companies whose employees were already dipping their toe into AI waters to see if AI in their workplace was a fad (one and done) or if it would be part of their business’s future going forward.

What we found is that 88 percent of respondents were either actively involved (49%), recently a part of (18%), or pursuing ways to integrate AI projects into their business (21%).

And of that 88 percent, only 4 percent of companies that have implemented AI do not plan on pursuing AI projects in the future.

It’s Not Just a “Tech” Thing

A common misconception is that AI is synonymous with technology and therefore it gets relegated to the IT department. That’s a mistake. In most enterprises, IT is a cost center and shared service across an enterprise. But with AI and IoT (Internet of Things), both become drivers of new efficiencies, new services, and new business growth. Our research revealed that respondents understand AI isn’t a function confined to any given industry, department or role, but rather a strategic consideration that connects to overarching business goals. The serious considerations we give to new technologies (or fail to give) go a long way toward determining if they will be successful or not.

As we probed deeper, we wanted to know who was involved in making decisions about bringing AI projects on board. Priorities are set by leadership, and leaders concern themselves with mission critical work of the organization. And now more than ever, c-suite leaders are concerning themselves with AI. Our research revealed that, too: 92 percent of identified leaders (c-suite) claim to have taken an active role in AI projects within their company.

Why Are So Many Companies Investing in AI Now?

The Technology Adoption Curve can give us some guidance. From left to right the curve is led by innovators and early adopters, followed by the early majority and late majority, with the laggards being the last to get on board, if at all.

When we think about the adoption curve, and tech adoption specifically, things such as wearable tech, the next iPhone, or the newest social media platform come to mind. AI is much less tangible than the physical, product-driven technology we typically associate with the adoption curve. Rather, AI is more like the processor in your computer, chomping away on data and doing as we direct it.

Only now are companies becoming more aware of how their information needs can be gathered, analyzed and acted upon with the help of AI. This likely explains why so many business leaders are adopting AI into their business models, and how AI has moved into the early majority stage. Today, as we prepare to surpass a year of working and living through a global pandemic, the percentages are likely even more favorable toward technology adoption.

“Just as electricity transformed almost everything 100 years ago, today I actually have a hard time thinking of an industry that I don’t think AI will transform in the next several years.”

Andrew Ng isn’t alone in his thinking. The World Economic Forum reports that by 2022,

85 percent of their respondents expect to accelerate their investment in and adoption of new technologies–including AI.

This isn’t about “if” companies adopt AI. It’s about how far ahead they’ll be by embracing it early, or how far behind they’ll be when they begrudgingly adopt it.

AI is not about cool tech. Some might not fully understand or appreciate it yet. But it always points back to age-old business principles – gleaning market intelligence, building processes to support people, empowering better decision-making, and extracting tangible value from the process and its outcomes. It’s the kind of due diligence that always ferrets out the fads.

Want more practical insight on how AI and AIoT can be applied to your business? Download A Practical Guide to Understanding AI, access stories of how businesses apply AI to their work, or reach out to us with any of your AI related questions. 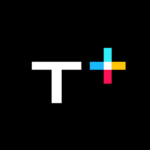 Your partner to create maximum impact.